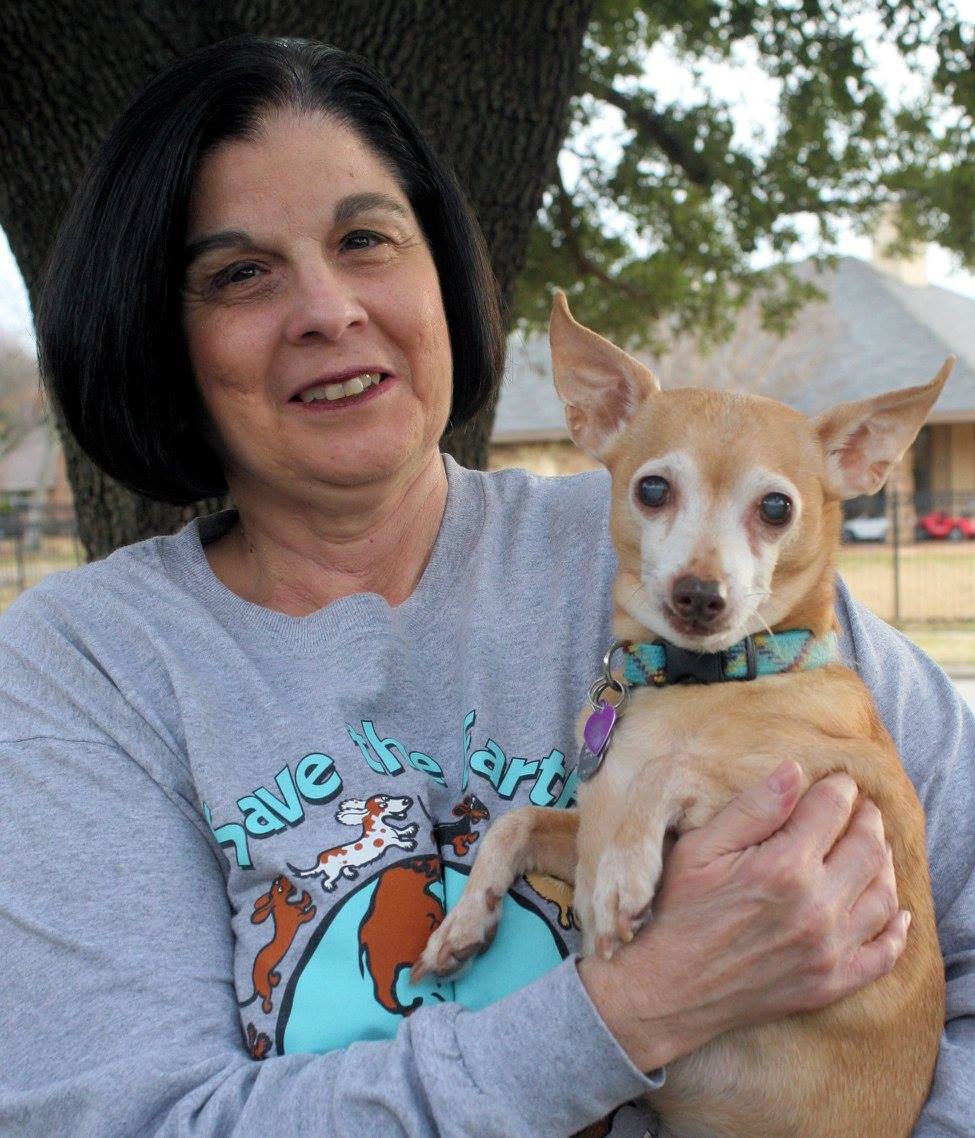 Another adoption took place earlier this morning. Thank you to Bob and Pat Wykes for doing the contract paperwork! After fostering him since November 2013, Deb Bosco made it official by adopting her foster, senior chiweenie Bogart!
Bogart’s story: Adorable senior chiweenie Bogart had been in the RHS program since December 2011. He was fostered by several families, each of whom raved about “his spunky nature” – “a puppy in a senior body” and described him as “snuggle obsessed,” a “sweet little man,” a “great companion”… and noted his “I’m starving to death act”).
Bogart has had chronic bladder issues – probably since day 1 of his stay with RHS. In early 2012, while being fostered by Ashley and Brent Slocum, he had bladder stone surgery. The vet removed almost a dozen bladder stones. Later, he was diagnosed with an inoperable enlarged prostate. Surgeries, patience, and meds helped, but he continued to have issues – sometimes minor – but issues that might have made it harder for him to find a forever home. Pat wisely noted in 2012 that his ongoing “leaking” could be the reason he ended up in a city shelter to begin with. Minor issues that can land a great pet in a shelter can usually be resolved with love, vet care, training, and patience. After holding Bogart out of early Adopt a Pet events, hoping his issue would clear up, we decided that if he’s “leaking slightly, that might just be something he is always going to do…..there might not be a resolution… but, we hoped, maybe someone might be willing to love him as he is.” That someone was – and is – Deb.
Thank you to Bob and Pat for rescuing Bogart from a city shelter. Thank you to Pat for accompanying Deb and Bogart on trips to the vet specialist’s office. Thank you to every foster who shared their homes with Bogart – who cared for and loved Bogart along the way – Ashley and Brent Slocum, Cristy Lovick and family, Denise Dickerson, Gail Teel, Gladys Fung, Chris and Karen Bearman and family, Martha Denton, Regina Burns, and Sheri Wise – , and especially to Deb, who gave him his well deserved FOREVER.