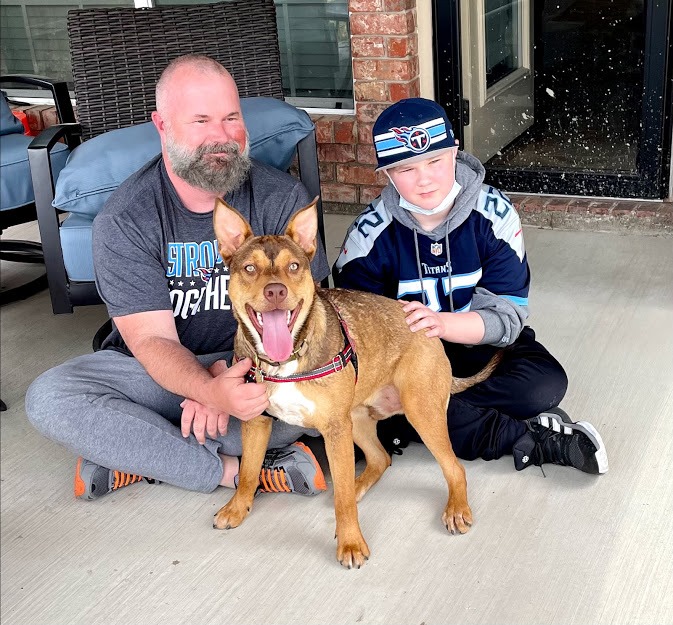 Yesterday Jaxx McGraw was adopted! Jaxx came to us as a puppy late last year after a Good Samaritan rescued him from a ditch in Terrell TX where he’d been dumped and left for dead. Fortunately, RHS stepped in and rescued sweet Jaxx and gave him safe harbor until he found his forever home.

Jaxx’s new home is with a single dad and his 11 year old son who will spoil him rotten. Thanks to the Cholick family for fostering Jaxx, and to Miranda Ragland and Cindy Chadwick for stepping in as fosters for a few weeks when we needed it.