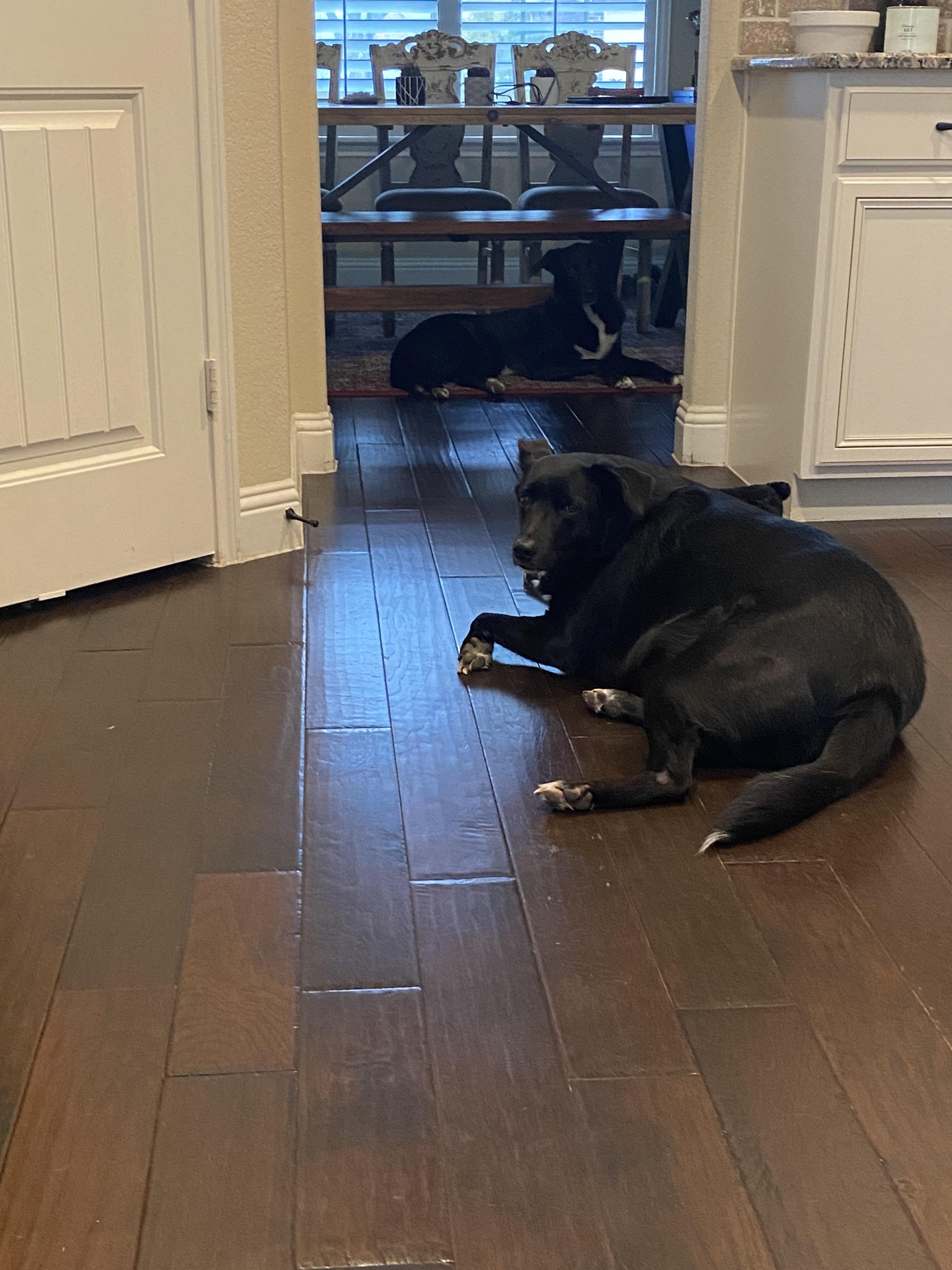 Our sweet girl, Pilot, joins a busy family with both human and doggy siblings to play with. Pilot has quite a history with RHS – she is the Mama of the Grand Ole Opry litter who were adopted in 2020! When her previous family fell on hard times, they surrendered Pilot to RHS to give her a better life; the family who adopted one of Pilot’s pups stepped up and agreed to foster her. They quickly realized that Pilot was also meant to be part of their family so now she and her daughter, Reba (seen in the background of Pilot’s photo), are together again! Pilot (they will keep her name) was terribly overweight when she went to her foster home – she couldn’t climb the stairs and could barely roll over – but they’ve been working diligently with her and she’s becoming quite a bit more active. Mom, Meredith, said she and Reba play all day now.

Pilot was fostered (and adopted!) by the Humphries family.