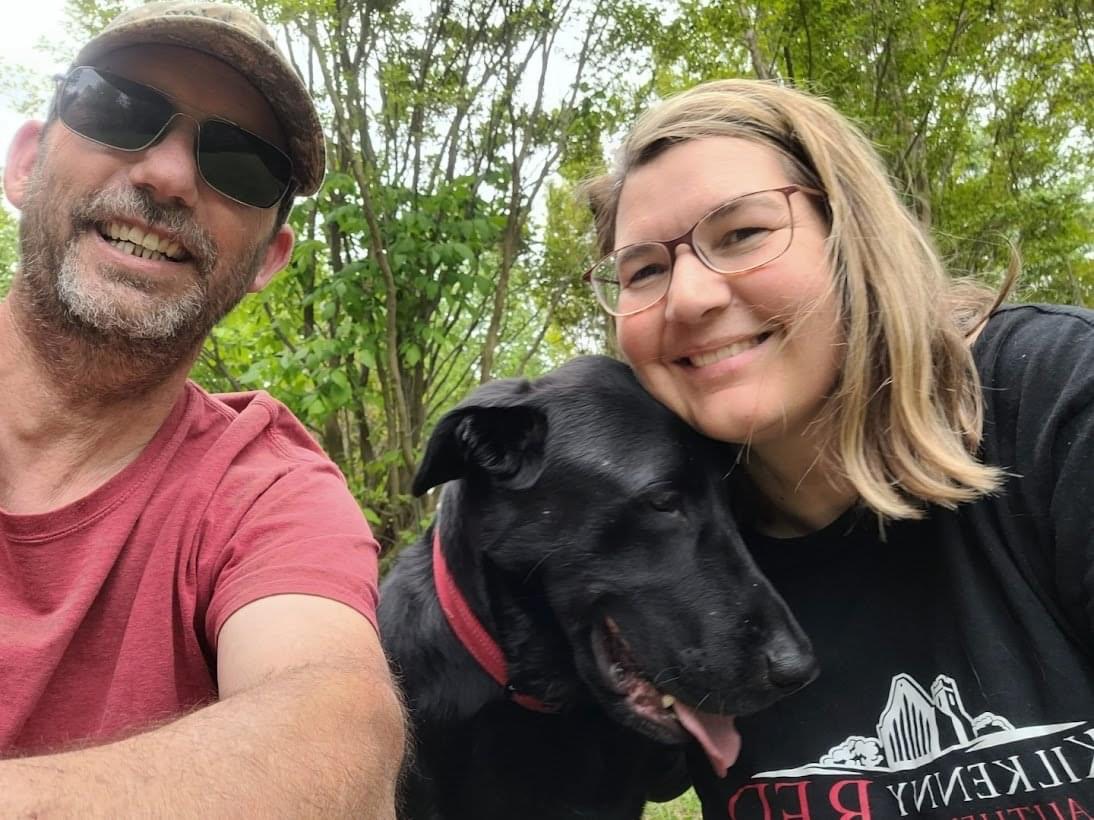 There once was a big, black, Labrador Retriever named Ringo Star that had a rough first six and a half years of his life. Adopted and returned at 3, adopted and returned at 5, fostered, adopted, and returned, again, after six months, then a stint in boarding that lasted another half a year. That would kill the spirit of most people I know, but not this dog. Not Ringo Star. By the grace of God, a Facebook post on Ringo got passed along and just happened to catch the eye of a woman who used to work for a Lab Rescue in North Texas, but now lives in Virginia. I know you all have heard of “love at first sight”, and for Marianne Moon, when she saw Ringo, it was that: it was love at first sight. You could even say she was over the moon. As a matter of course, we don’t usually do out-of-state adoptions, but Ringo is a very, very special dog who was entitled to a very special exception, so we got to work on the logistics and Ringo made it to Virginia on March 17 and was formally adopted May 6th, just in time for Mother’s Day. Ringo joins a family of two humans, two cats, and another black Lab named Daisy. It’s sort of hard to tell them apart in the pictures, but he’s the one with the red collar. Thank you to the village that saved him: Kathy Estes who brought him to RHS originally, Ashley Martin who fostered him for 6 months and transported him to many a Meet-the-Pet event, The Velvet Snout Canine Adventure Center for hosting him for a good long while, Bridget Maglic, Kathy Estes, Nicole Arnette Lang, Noah Johnson, and Miranda Ragland who walked him while he was in boarding, Cindy Chadwick who ushered him through his various placements and on to Virginia and, finally, Tanya Leah Theiler who loved him like a mother and generously (and safely) transported him halfway to Virginia. Ringo’s Mom wanted me to underscore to you all that social media works for these guys, that sharing posts works. So please keep doing it.

Ringo, you are finally and forever home. We love you.