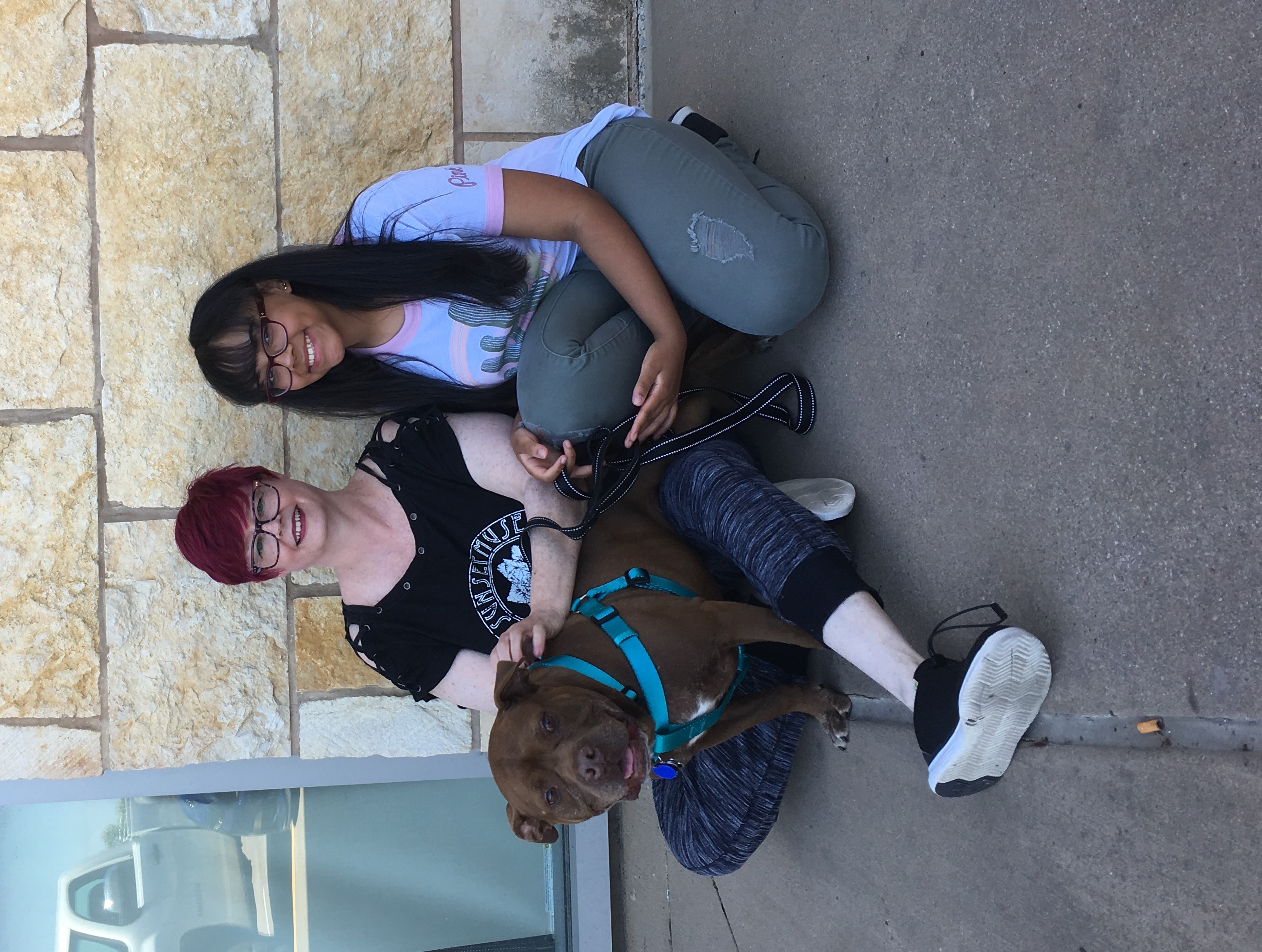 Everyone’s favorite hunk, Robbie, was adopted today!! His foster mom, Julie, decided that Robbie had quickly become a part of the family so they made it permanent. 🙂 Julie said that Robbie (now known as Bear) has taken his role as older brother/peacemaker to the foster pups in the household very seriously; he breaks up sibling fights by gently rolling the pups apart or nabbing one and physically carrying him off. But other than the “no fighting” rule, he’s very tolerant of puppy behavior and does his best to help Julie and Zoe care for everyone.
A rescue from the Balch Springs Shelter, Robbie/Bear was fostered first by the Pearson family, then by Julie Malcolm and her family. When Julie M needed help with transporting Robbie to MTP, Julie S stepped up – and fell in love.