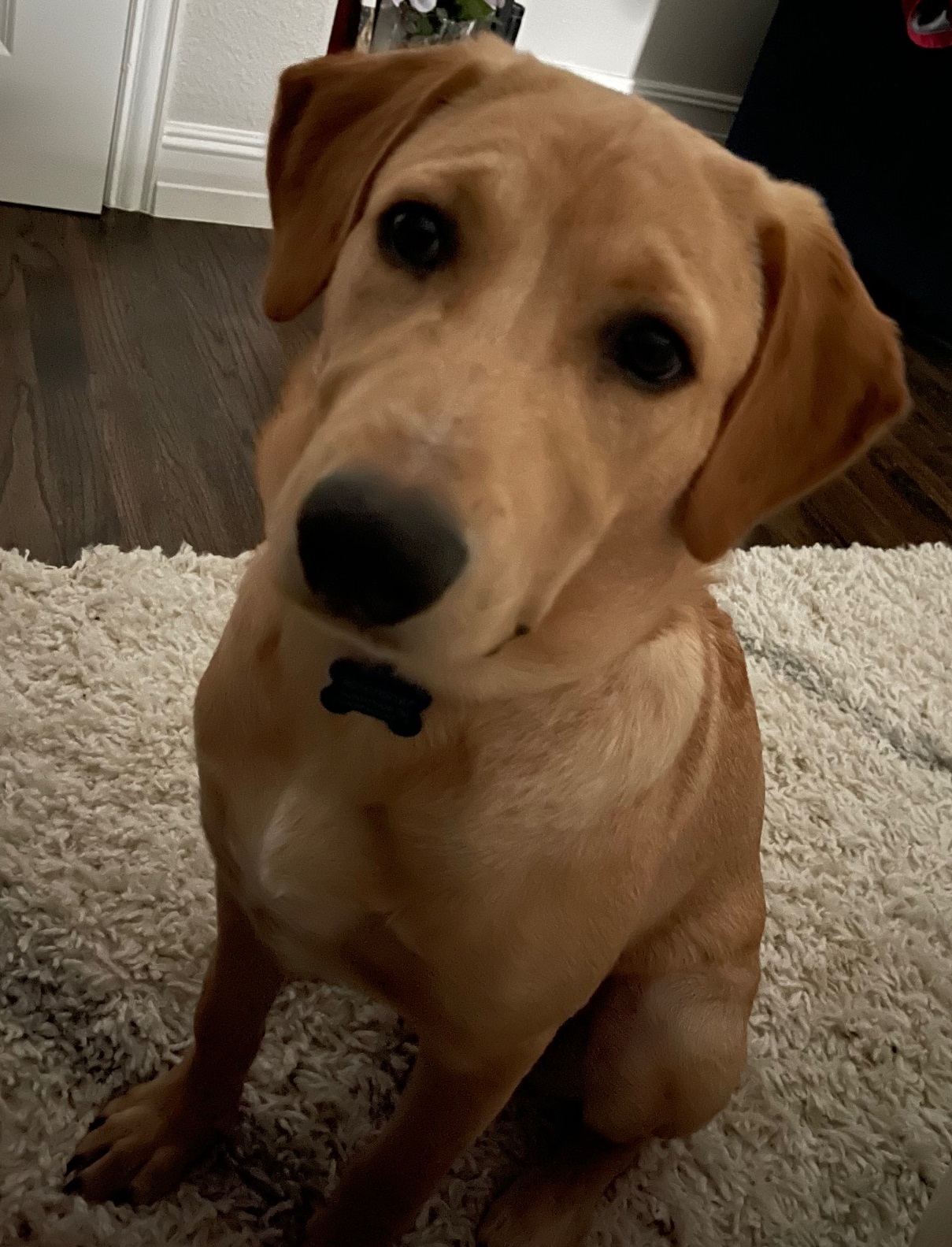 One of Jilly Bean’s babies, Lima Bean, was adopted today! He’s been with his adoptive family for a few months now but his vet recommended delaying his neuter surgery until he was a bit older. His family has been anxiously awaiting that day and the moment his vet determined he was ready, Lima was neutered and his adoption finalized.

He has two doting parents who say he’s sweet and cuddly; mom, Diane, said she wonders just how they got so lucky. He also has a canine buddy named Parker to play with and two adult human brothers who visit as often as they can. Now named Chancellor, he weighs a whopping 70lbs at only 10 months old! The attached picture of him comparing his paw to his human dad’s hand was taken when he was only 6 months old, so he’s grown quite a bit since then. We’ll share more recent photos soon. Lima was rescued from the Collin County Animal Shelter with his mama, Jilly, and littermates, Lentil, Pinto, Butter, Red, Fava and Black.