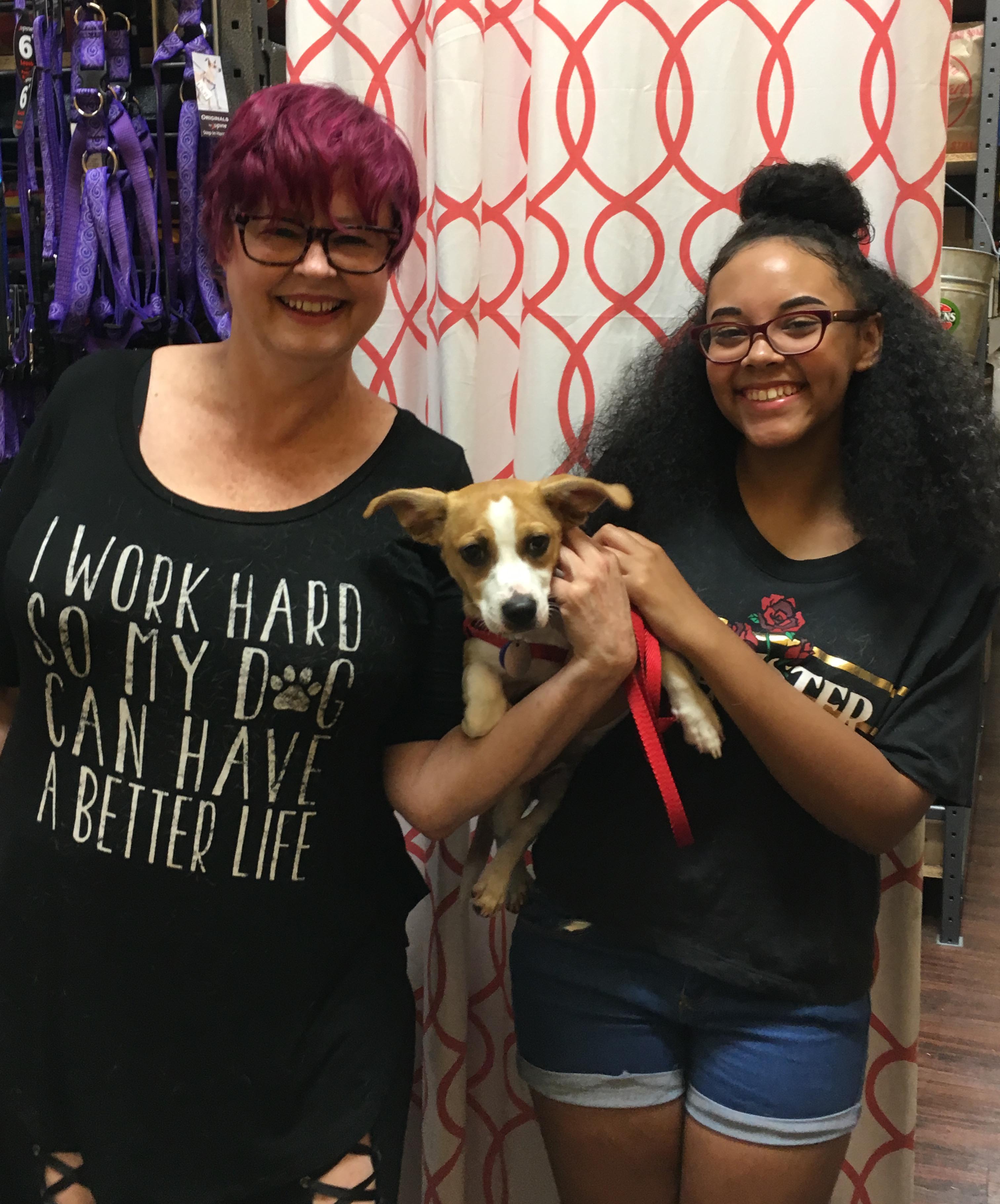 Cinnamon, another of Cozy’s puppies,  decided he was quite happy at his foster home, thank you very much, and made himself a permanent member of the pack!  He adores his big brother, Bear (formerly known as Robbie), and can’t wait for him to come home from training, and he’s excited to have the whole summer ahead of him with his human sister, Zoe.  Since his foster mom named him Cinnamon when he was born, they’re going to keep his name, but he’s also occasionally known as “Cinny-boy.”  🙂
Thanks to Julie Summers for taking in Mama Cozy when she was pulled (heavily pregnant) from the Mesquite Shelter, and for caring for the entire litter until they were weaned – puppy fights and all!  (By the way, be sure to read Julie’s t-shirt in the photos – so appropriate!)