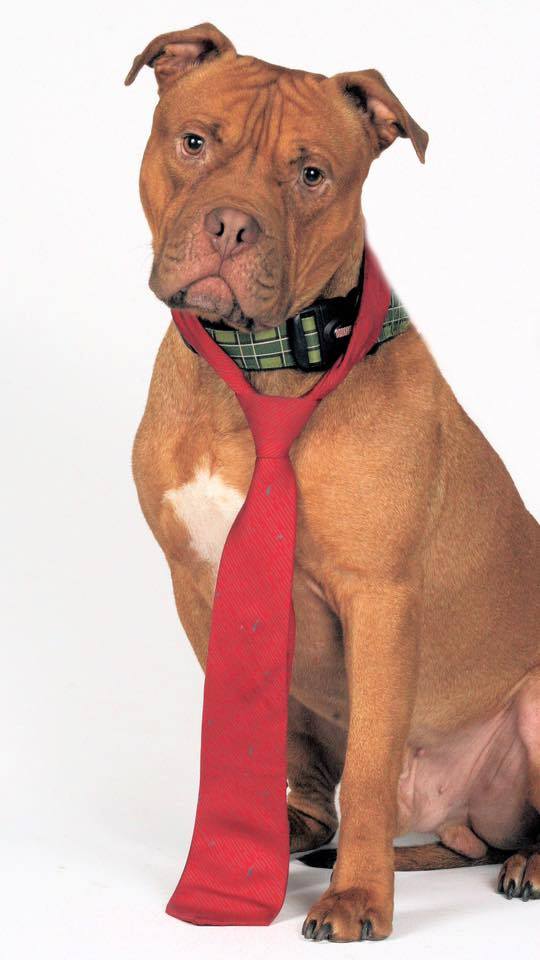 We had a very special adoption today (as if they’re not ALL special); I guess what I mean is, we had an adoption today that is very special to me (Jenny). After 6 months, sweet, playful, big-headed, kleptomaniac Sawyer finally found his forever home with a friend of mine from work, Sam. Sam has another dog, Diamond, a Lab-Pit mix, who will be Sawyer’s playmate.
For those of you who don’t know, I found Sawyer early one January morning out at White Rock Lake where, presumably, someone dumped him. Several male joggers passed me and warned me of the “scary Pit” up ahead, but the moment I whispered “it’s ok” into the cold air, he came padding over and curled up in my lap. He had heart-worms, was un-neutered, but other than that was in good shape.
Many, many thanks to Martha Denton and Richardson Humane Society for taking him in, to Dana Huffman for giving me a crash course on Bully Breeds, for Jackie Ferguson and her loving family of husband, children and three dogs, for letting him recover at her home and, finally, to Andy and Josh at K9 University for teaching him some manners.
As we often say, it takes a village.