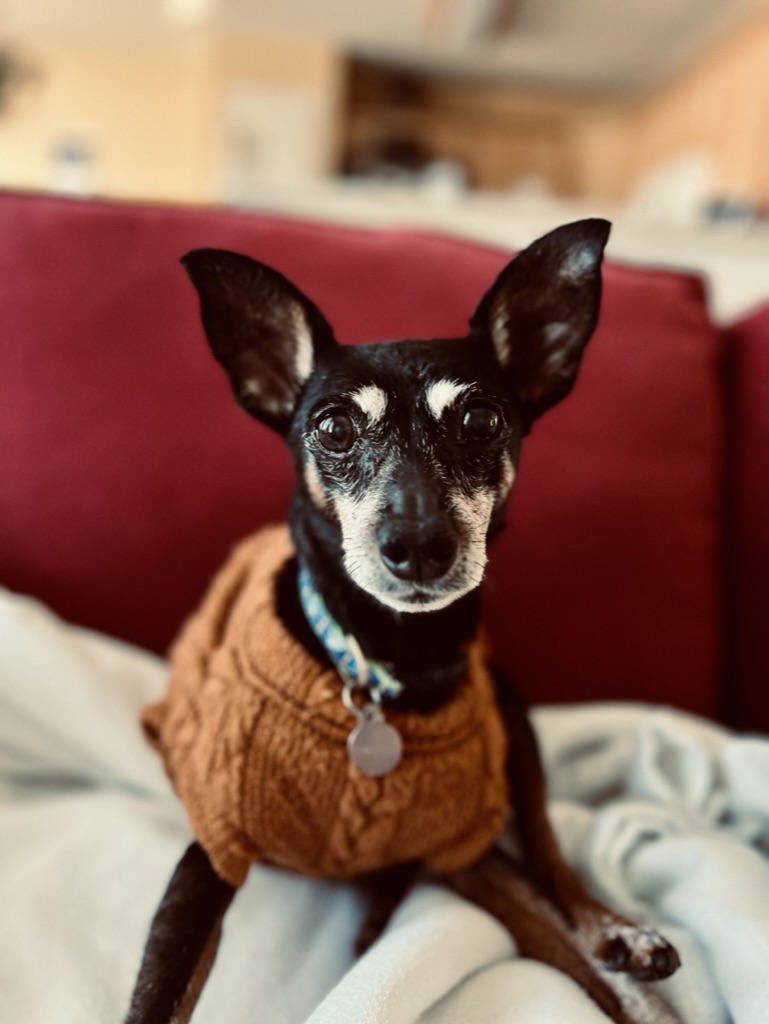 In August 2006, we adopted from RHS a miniature pinscher named Cashew. She was fostered by Bob and Pat Wykes and the first time I ever saw this little live wire, she was about 9 months old and trying to jump out of Bob’s arms as he walked up to the Petco in Richardson. They had nursed her back to health after finding her in a rough condition several weeks earlier.

It’s so hard to believe that it has been 16 years since Cashew (we kept the name) joined our family, including a min pin brother named Rocket. And unfortunately, we’ve lost them both in the past 3 months…Rocket in September and then today, we said goodbye to Cashew just today after a short illness.

As hard as this day is, I want to say thank you to RHS for the amazing work that is done by this team of volunteers that saves these little animals. We are honored to have been her parents