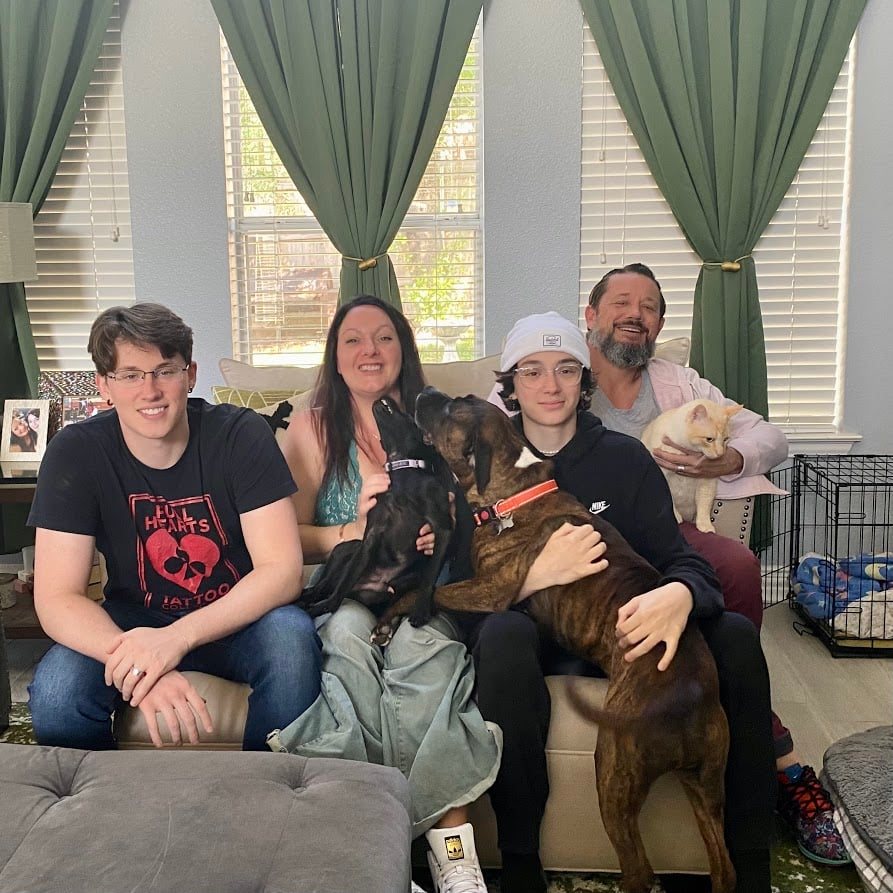 Sweet Duke was adopted originally in 2015 but returned this past year due to some unexpected life changes by his former adopters. It took a few months, but his final, forever family found him, and this time he’s staying put!Duke shares his home with a family of four humans, a Chihuahua mix named Bruce Wayne and a cool cat named Jack. His new family said his name is perfect because they wanted to name him John Wayne (to go along with Bruce Wayne, get it?