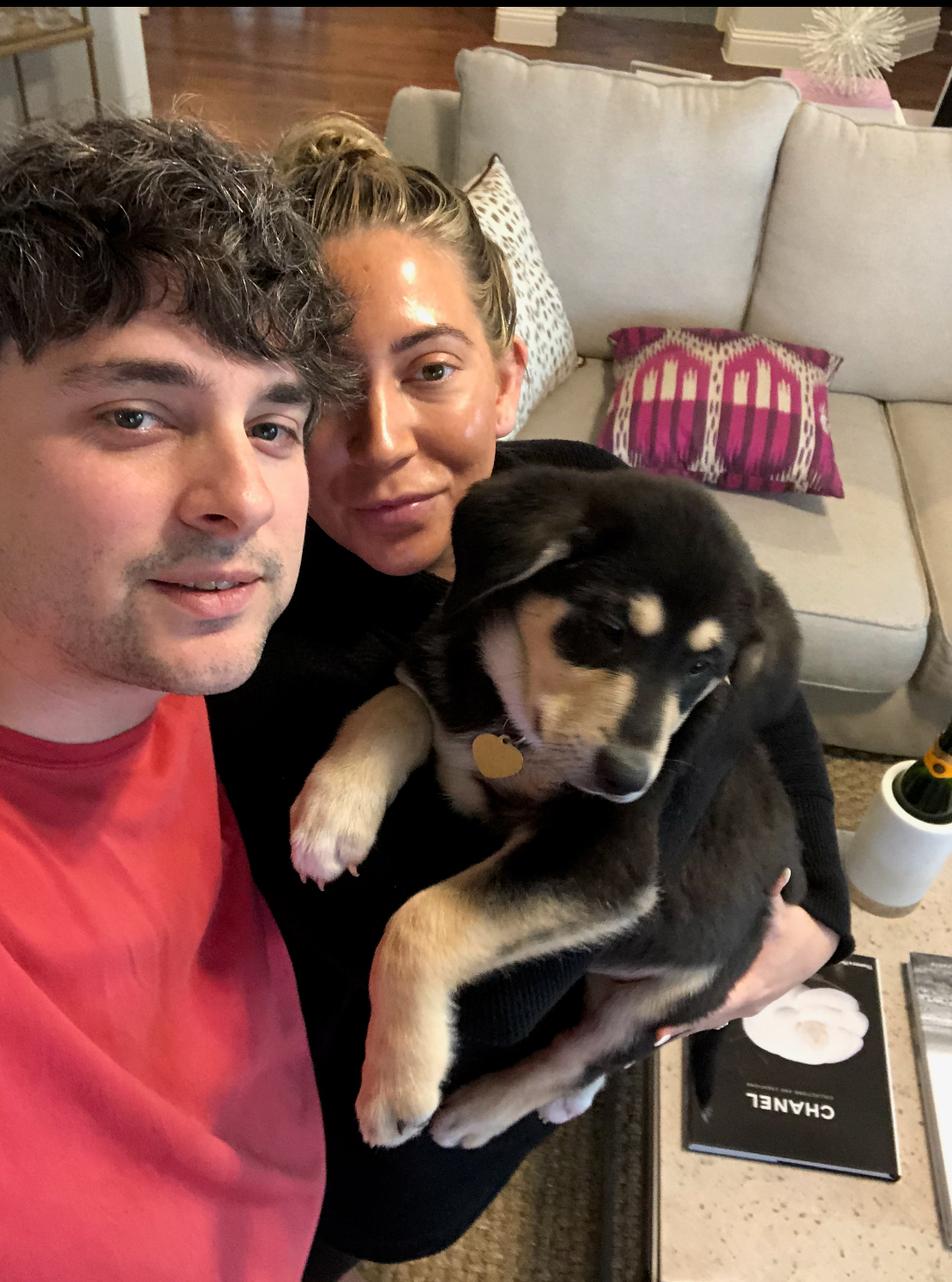 Another one of our puppies made it a permanent deal with his foster parents today! Hank P (of the Grand Ole Opry litter) became a member of his foster family’s pack this evening by electronic adoption.

Hank joins a small family with a mom and dad and an older canine sister named Lucy who was adopted from the Richardson Animal Shelter. They’re going to keep his name because he is a Hank through and through. His personality just shines in the pictures Leslie sent!

Thanks to Sheri Dargel who fostered Hank and his siblings when they were very small, and to Leslie and Matt who took over and realized Hank was meant to be part of their lives. 🙂