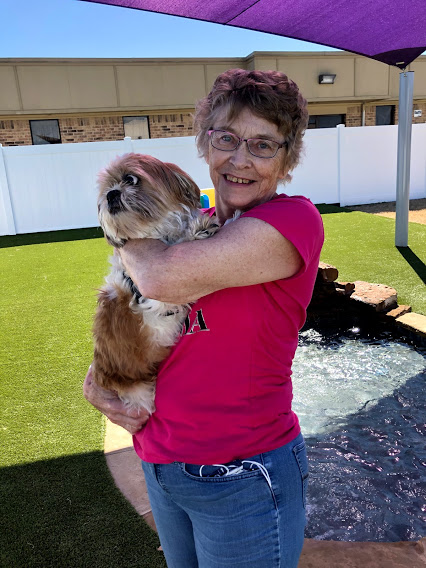 Our sweet Shih Tzu Houdini went home. Houdini came to us as an owner surrender back in December. He had numerous applications, but none were a good match until previous RHS foster and longtime volunteer, Mary Naish, spotted him from her home in Nebraska. Yep, that’s right, Nebraska. Mary moved to Nebraska in 2014 to be closer to family, but has stayed connected to RHS. Logistics were no match for Mary – she and her niece drove the full 16 hour trip IN ONE DAY to fetch Houdini.

Houdini joins Mary, her son, and three other canine companions, Christy, Tyson (both former RHS dogs) and Roxie. From Mary “He is happy as a lark. Just bounces when he walks. He jumped in my son’s bean bag chair and that is his second bed. He’s claimed it as his. LOL.”

Big thanks to Alicia McMillan and Amy who both fostered Houdini.