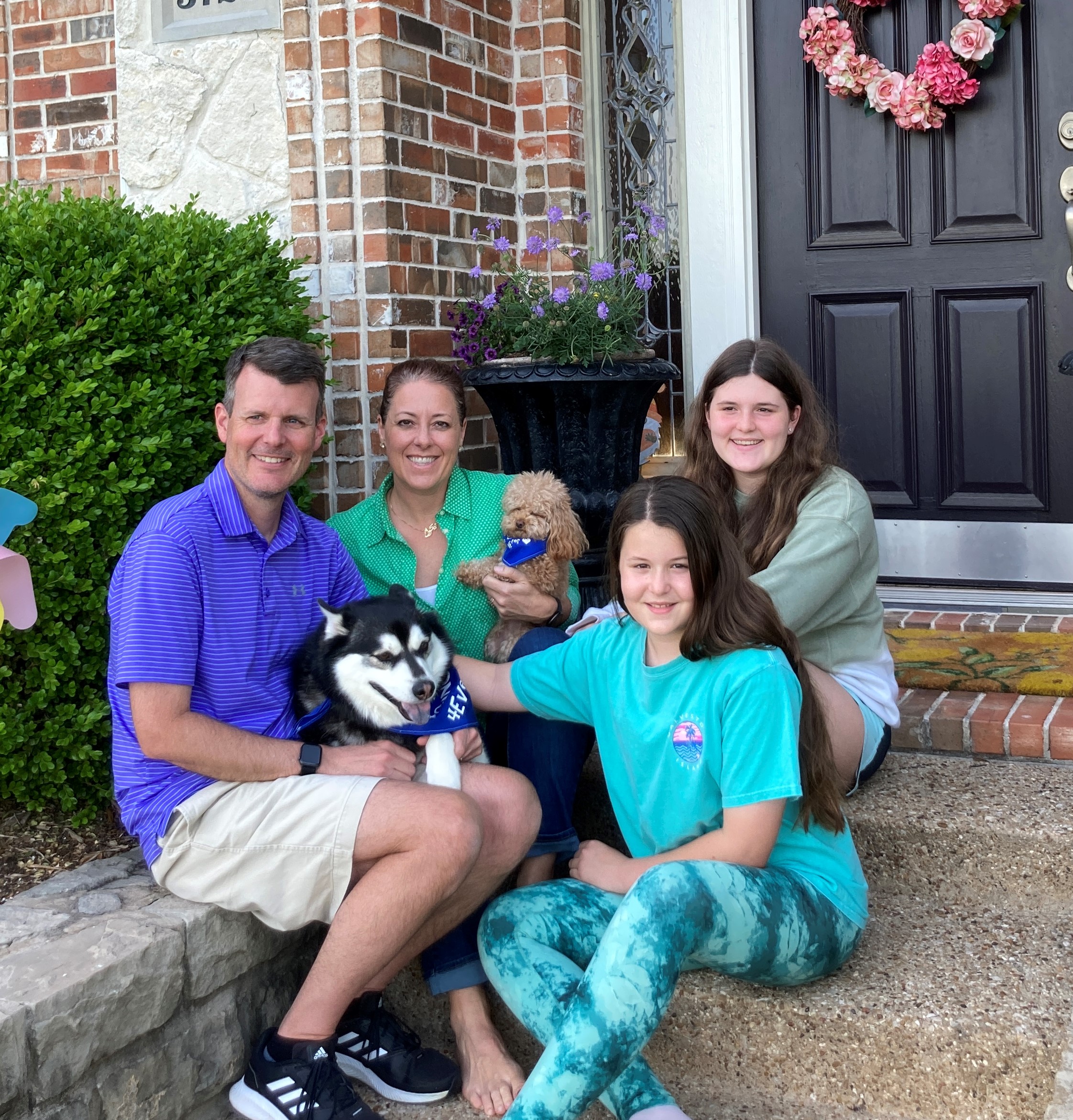 Our adorable, goofy, talkative, mini-husky Ivan has been adopted by his foster family!! We know – you’re all surprised… or not.

​ The kids in his foster family had been telling their parents for quite a while that they wanted to keep Ivan but mom, Nicola, insisted that their job as fosters was just to love him until his forever family was found. Ivan, however, had other plans. He wormed his way into Nicola’s heart and she realized this spring that he had become a permanent part of the family. The kids’ Easter baskets contained new leashes to let them know they were finally getting their wish! Ivan joins a loving, active family with parents, two girls who adore him to pieces and a toy poodle sister named Ginger who makes sure that Ivan never forgets that SHE is the Queen of that household! His new dad has attempted to figure out what Ivan’s name might have been in his “pre-rescue” life by going through names alphabetically while on walks to see if he could get a reaction, but Ivan responds only to Ivan, so that’s what he’ll be called going forward. Rescued from the Mesquite Shelter where he’d been taken in as a stray, Ivan was fostered first by Jessica and then by Nicola and her family. Happy tails, Ivan! We know you’ll be loved, spoiled and bouncy forever.