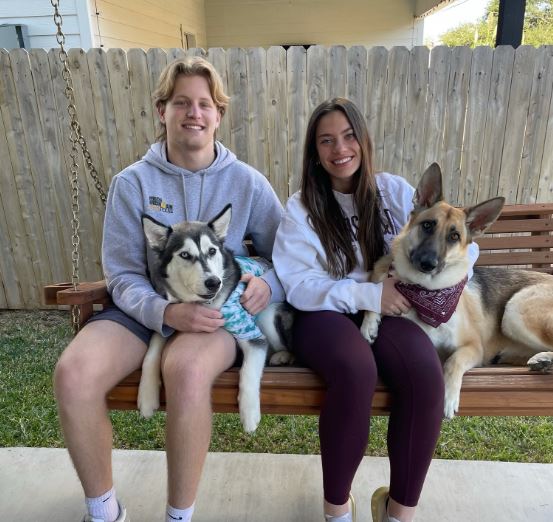 Our fluffy husky boy, Maverick Kaleo, found his fur-ever home and no surprise, it was right where he’s been all along!  🙂  He was adopted by his foster family on November 21, just in time for Thanksgiving.

He’ll keep his name since his fosters chose it when he came into the program.  Kaleo roughly translates to “the sound” in Hawaiian, and was given to him as a clever little nod to how talkative huskies can be.

In addition to his new human parents, Maverick has two human siblings (he appears to be especially fond of his human sister!) and a canine brother named Harley to show him the ropes.

Rescued from the Farmers Branch shelter, Maverick was fostered and adopted by the Hallford family.
Thanks to everyone who had a hand in helping Maverick on the way to his Happy Tail!