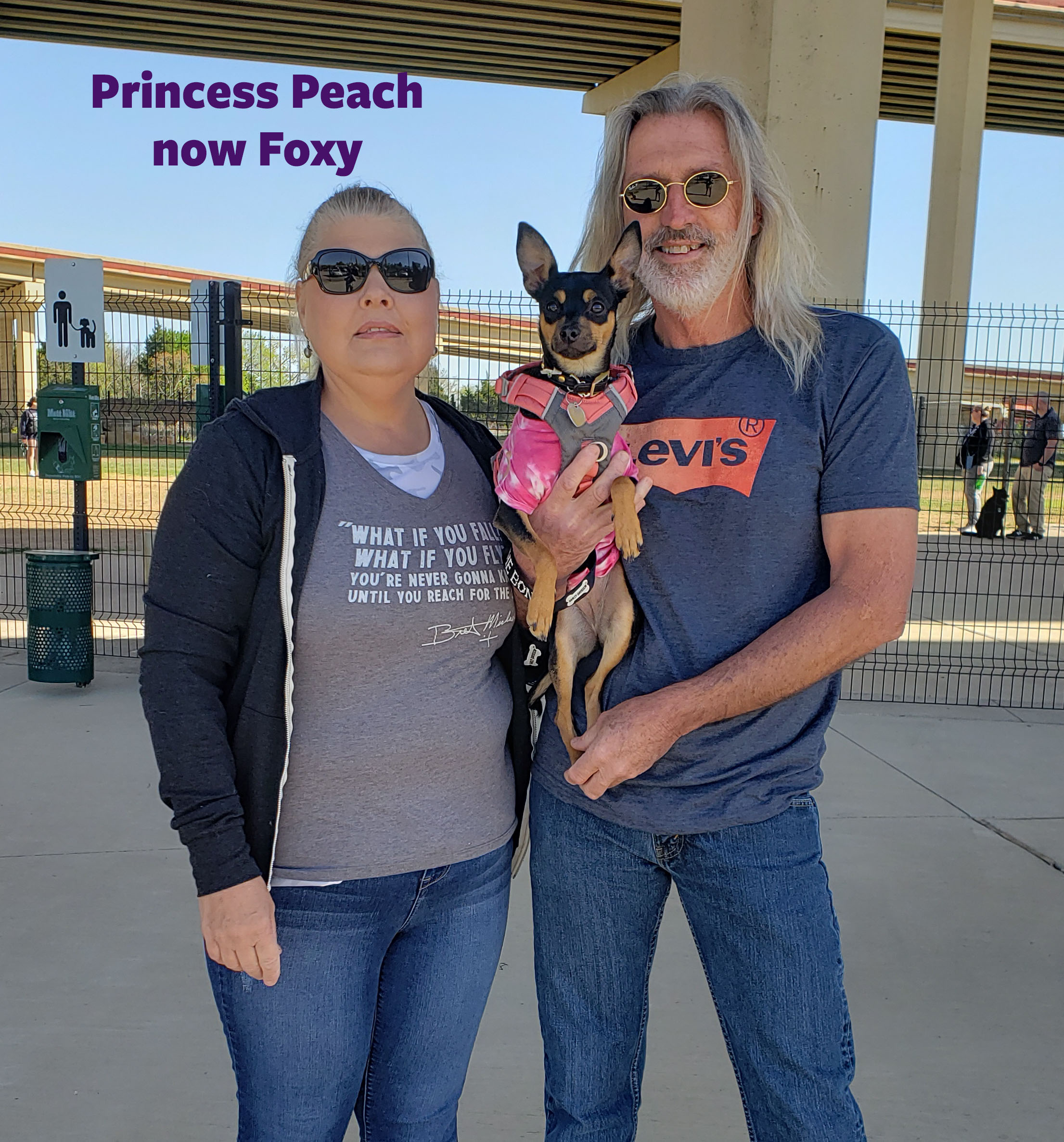 It’s been a busy week at RHS with not 1, not 2 but SEVEN adoptions in the past 3 days! You may remember Mama Dorrie, the little brown terrier/chi mix who found herself in the Balch Springs Shelter last September with a big belly fully of babies. A foster stepped up and RHS was able to rescue her just prior to giving birth. She had 6 healthy babies (Mario, Yoshi, Valentina, Princess Peach, Princess Daisy and Bowser), affectionately called the Mario Litter since they all have names from the Mario Kart game.

Once they were weaned, the pups were moved to foster homes and every single one of them decided to stay right where they landed! Yoshi and Valentina get to stay together forever; their fosters couldn’t let them be parted since they are the very best of buds. Mario is now called Chapo (“Shorty” in Spanish), Bowser goes by Finn, Princess Daisy was shortened to Daisy, Valentina is known as Lulu, Princess Peach goes by Foxy, and Yoshi kept his name. So we had a mass puppy adoption the park; 5 of the 6 were able to be there and it was a riot of small, super-fast pups racing around the Barkway party paddock. : ) Bowser’s family had a conflict and was unable to attend but we photoshopped him into the family photo.

Thanks to Diane for stepping out of her comfort zone and fostering Dorrie during her pregnancy and while the pups were newborns, to all the Mario litter fosters.