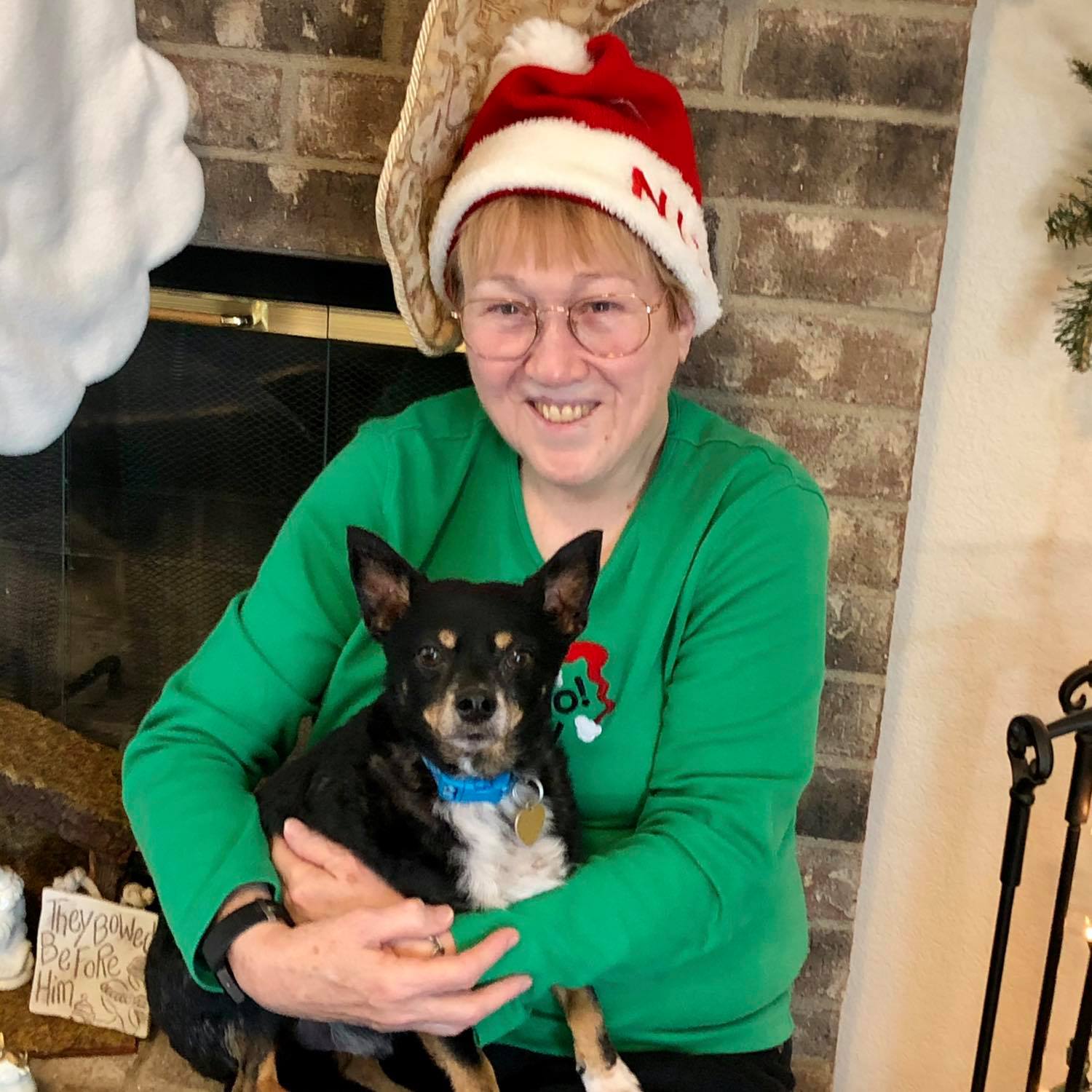 Handsome Snoochie went to his fur-ever home on Thursday – well, he decided to STAY in his fur-ever home since he was adopted by his foster mom, Mary Ann! Now known as Smoochie, he is the only fur-child in his Mom’s life. Mary Ann’s granddaughter visits frequently, however, and her dog, Dash, is Smoochie’s BFF; Smoochie is often called “Moochy” for his habit of stealing food out of Dash’s bowl. 🙂

Snoochie, along with Beetle and Lily, came to RHS after their mom, Mona, passed away; their dad, James, fell ill at the same time and was unable to care for their dogs by himself. Their family tried but it was difficult since most don’t live nearby, so after some serious challenges (including Lily escaping and getting lost), they reached out to RHS for assistance in finding Lily (which we did!) and in getting the dogs settled into new homes. Beetle is an RHS alum (adopted in 2017, he used to be named Beetlejuice) so we hope James knows we’ll care for all their pups the way he’d want. Smoochie is the first of the three to be adopted.

Thanks to Martha for fostering Snoochie before he went to Mary Ann and to the Pooch Hotel for caring for Beetle and Snoochie when James fell ill.
Happy tails, Smoochie and Mary Ann!