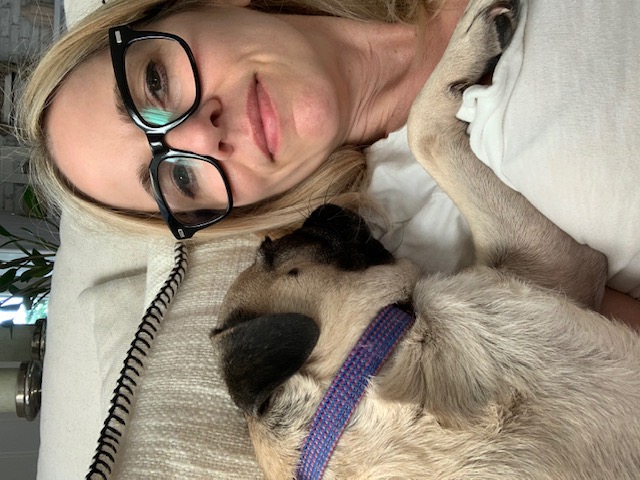 How about a mid-week smile? Our little pug girl, Yuki, was adopted today (so she’s Adoption #66 for 2020!)!! She wiggled herself a permanent place with her foster mom, Kimberly, and they made it official. Now known as Penelope Pitstop (for her habit of very frequent stops during walks), she has 2 canine brothers – Pepper and Cashew. Some of you may remember Cashew; formerly called Nick, he was adopted through RHS back in 2015!
Kimberly said that Penelope/Yuki somehow knew that her adoption had been settled; her personality suddenly burst through and she turned into the silliest “puglet” ever!

Family photos will follow soon. In the meantime, here are pictures of Penelope on her freedom ride and relaxing on the couch, and her brother, Cashew’s, adoption picture, just for grins. 🙂

Thank you to everyone who helped Penelope on her way home!